SUPERFLEX: It is not the end of the world

Throughout 2019, Cisternerne invited curious explorers to venture into the dark future.

The Danish artist collective SUPERFLEX reshaped and flooded the former water reservoir of the Danish capital, now functioning as an underground art hall. With sci-fi elements, SUPERFLEX created a surreal, yet plausible, scenario where climate change had altered society drastically.

A changing area was the first element the visitor encountered in the large-scale installation “It is not the end of the world”. Here, they had to change into a pair of wellingtons before they could move on.

The artist collective SUPERFLEX staged a time travel into the future in the dark, underground halls of Cisternerne. A flood had occurred, decay had begun, and the visitor encountered relics that seemed to come from a distant past: our own present. In the cave-like and different climate of Cisternerne, the visitor took in the exhibition not only with the eyes and mind but with the entire body.

One of the elements, the visitor did encounter in the innermost part of Cisternerne, was a landscape of toilets partially submerged in water. A sculptural form robbed of its original function, not unlike the former water reservoir in which it was placed. As an exact copy of the executive toilets of the Bonn headquarters of the United Nations Framework Convention on Climate Change (UNFCCC), it appeared as a portrait of human consumption and our global struggle to counteract the damage this has inflicted. 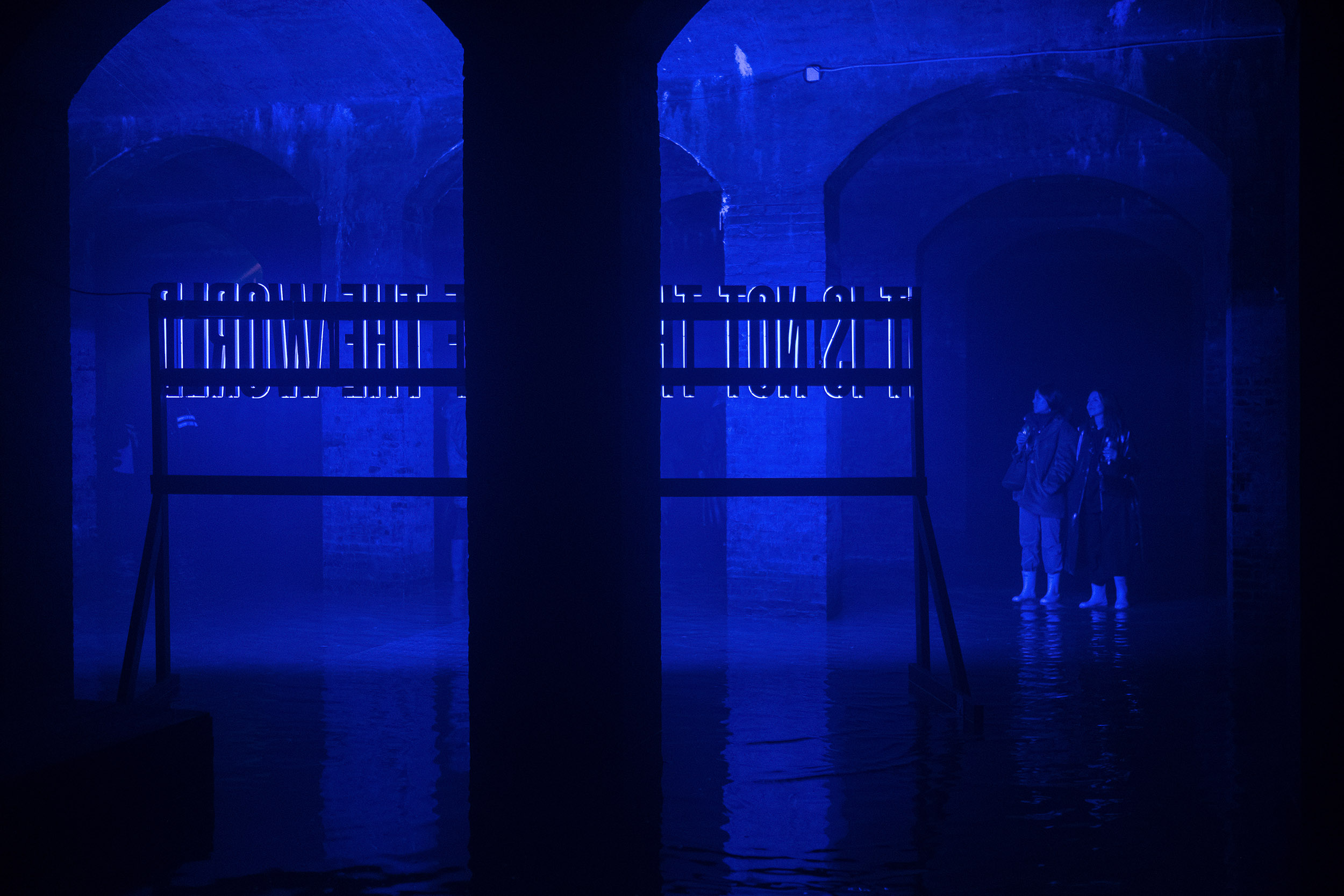 Since 1993, the Danish artist group SUPERFLEX has been working on a series of projects to do with economic forces, democratic production conditions and self-organisation.

SUPERFLEX describes their different artistic concepts as ‘tools’. They are means of affecting or intervening with the reality they are describing. The artworks created by SUPERFLEX are not passive objects but active elements with which to make an impact.

With a diverse and complex practice that engages art, design, commerce and economic structures of dependency, the Copenhagen-based artist collective challenges the role of the artist in contemporary society and explore the nature of globalization through ongoing collaborative projects.