“One of the best things about “the Water”, which should be followed as a bright example in the darkness by all other architecture exhibitions: You can experience, see and understand it without having to read a single word.”

In 2017 the Japanese architect Hiroshi Sambuichi reshaped the monumental space of Cisternerne into a Japanese shrine where visitors walked across water.

During an entire year, Sambuichi made thorough research of the changing expressions of Cisternerne through the seasons. Based on his investigations, Sambuichi allowed nature to once again fill the former water reservoir with water. Daylight was let in and a moss island thrived in the underground climate. Visitors walked across the water on an interpretation of the Japanese shrine, Itsukushima, which lies on the island, Miyajima.

Sambuichi utilises the details and natural phenomena of the Earth as building materials. His buildings give form to the character and hidden qualities of a specific place. The accumulation of ice on surrounding tree branches can dictate the structure of a building, and the direction of the wind can inform the format and function of a roof. Instead of creating a physical boundary between nature and architecture, he creates a symbiosis.

The architecture of Sambuichi is driven by the forces of nature, and his low-tech approach has become an admirable example of how to inhabit the Earth in a sustainable way and how to face the global challenges of the 21st century.

In accordance with the working method of Sambuichi, the opening hours of the exhibition varied throughout the year depending on the length of day – since daylight was the primary light source of the installation. 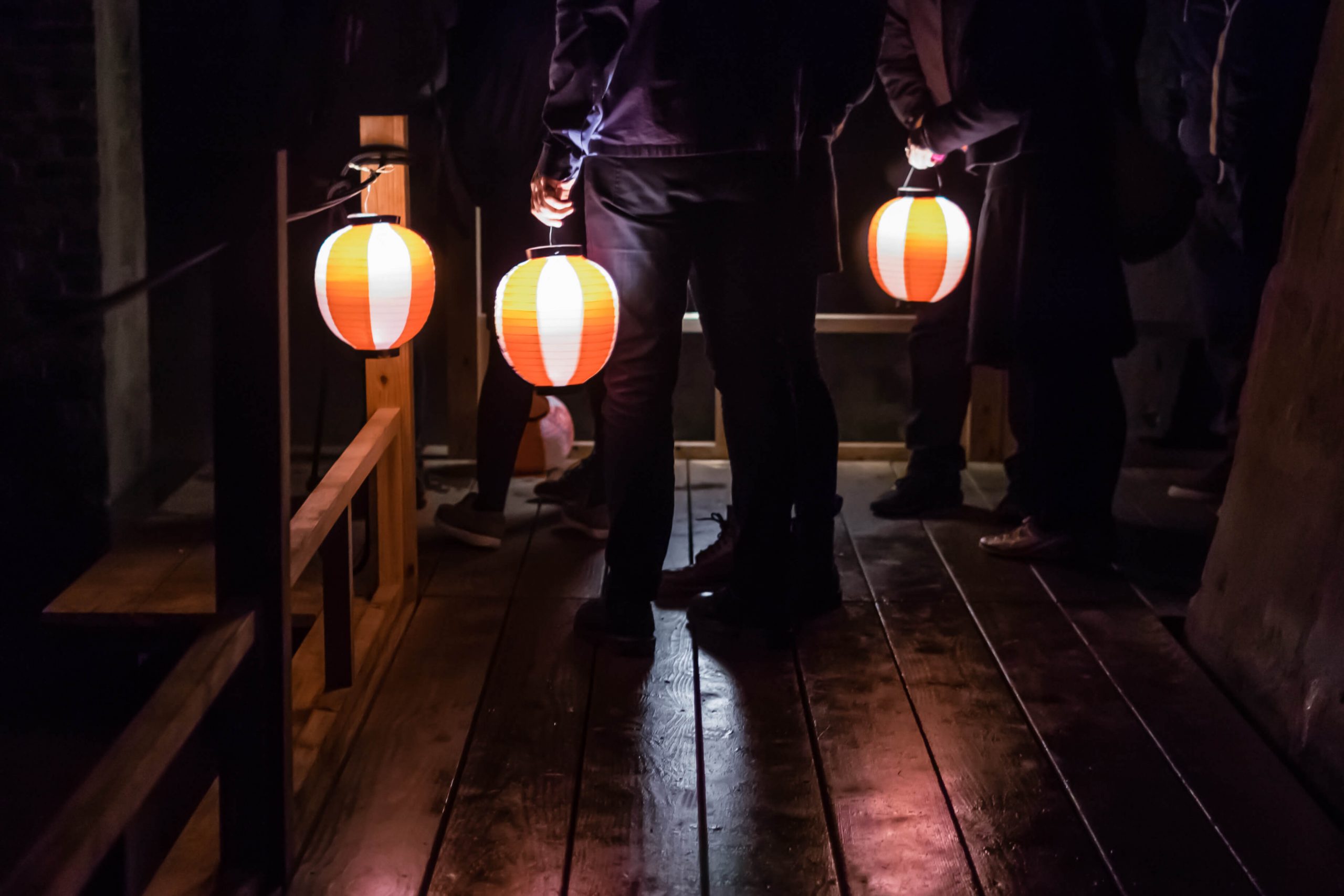 Hiroshi Sambuichi (born 1968) established Sambuichi Architects in 2001. Early in his career Sambuichi obtained international recognition, and stands today as one of the top experimentalists of sustainable architecture. Built upon both personal intuition and scientific investigations, his architecture attains a rare balance between poetics and science. Sambuichi is Honorary Professor at The Royal Danish Academy of Fine Arts, School of Architecture. In the beginning of 2017 he was rewarded the prestigious Wallpaper* Design Award for Naoshima Hall as best new public building.

Buy the catalog for ‘The Water’