Eva Koch - That Dream of Peace

The exhibition in 2016 was created by the Danish artist Eva Koch, who projected poetic video installations onto the raw concrete walls of Cisternerne.

Children play – also while bombs fall. Flowers grow, even on muddy battlefields and white doves flutter between symbol and reality – between war and peace. The installation by Eva Koch in Cisternerne took as its starting point a belief in life and growth, despite all the terror, war and destruction of the world.

The poetical interpretation of the old water reservoir by Eva Koch revealed new aspects of the vaulted underground space. The main piece of the exhibition was a 15 meter large video projection showing blooming poppy fields and children playing, recorded in a traditional Danish school yard as well as during the Spanish Civil War. The artwork was projected onto the concrete wall and the dripstones of Cisternerne entered as an important part of the piece.

Together, the underground space of Cisternerne and the video sequences of Eva Koch told a story of growth, hope and beauty that is sometimes to be found in the most destructive situations of the world. A story that reminded us of the beauty and innocence of impermanence.

In the innermost part of Cisternerne, a dreamlike vision of white doves and the sound of fluttering wings filled the colonnades. Even though the white dove is in many contexts a symbol of peace, this particular context, the dark subterranean cisterns, caused doubts about the peace motif. In that sense, the doves were not necessarily classic peace symbols but, instead, images of our own longing for peace. That dream of peace. 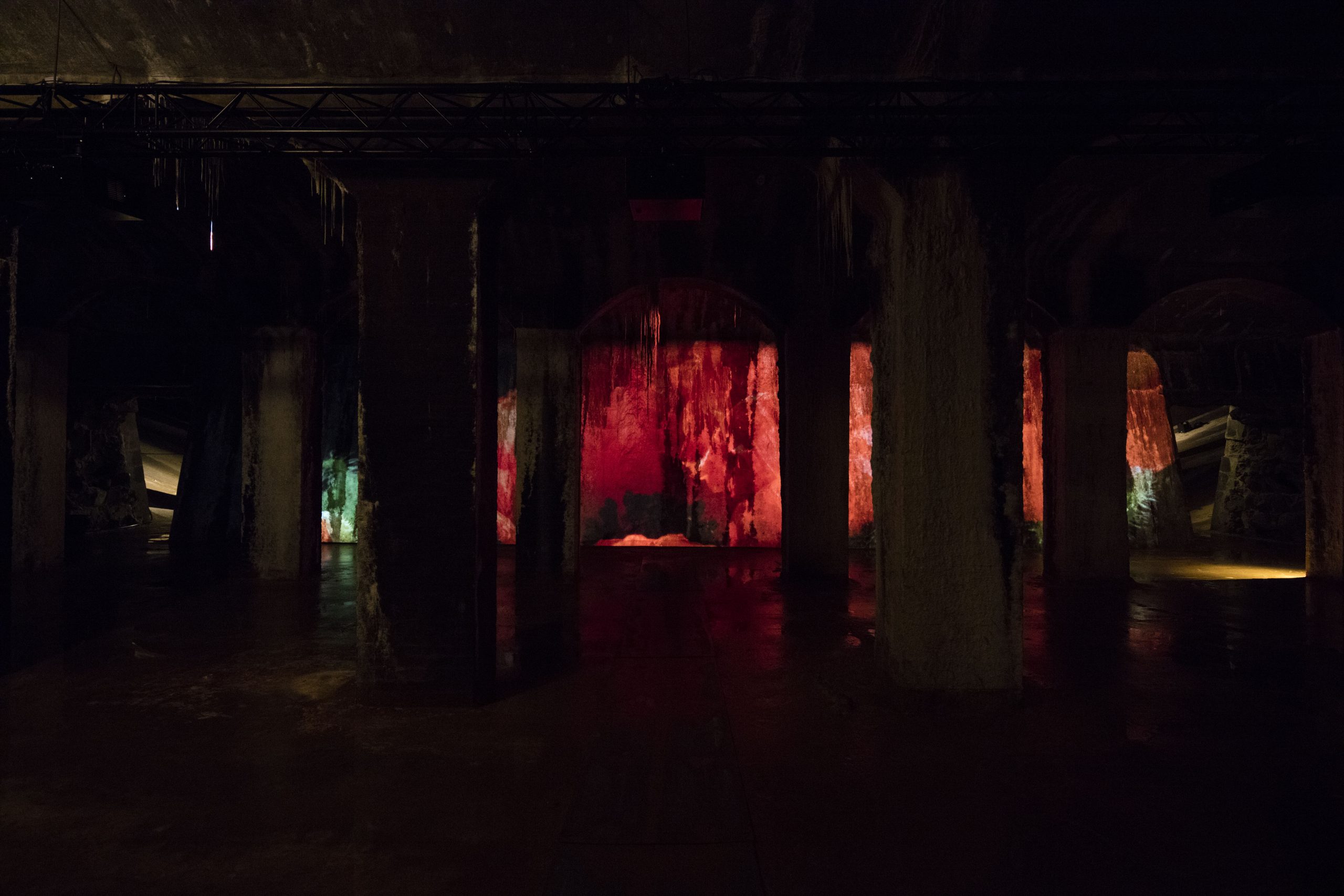 Eva Koch (b. 1953) is a Danish video and installation artist. She was educated at The Royal Danish Academy of Fine Arts and Facultad de Bellas Artes, Barcelona in 1985-1992. She is well-known for her large-scale video installations featuring regular people in everyday settings. In 2003 she represented Denmark at The Venice Biennale and the same year she received The Eckersberg Medal, the annual award of The Royal Danish Academy of Fine Arts. In 2011 she received The Thorvaldsen Medal.

“With the installation ‘That dream of peace’, Eva Koch has turned Cisternerne into a beautiful and disturbing machine of dreams…”