A fourth chamber for Cisternerne

Hiroshi Sambuichi, the Japanese star architect behind the 2017 exhibition at Cisternerne, The Water, has entered into a visionary partnership with Frederiksbergmuseerne about establishing a fourth chamber at Cisternerne. 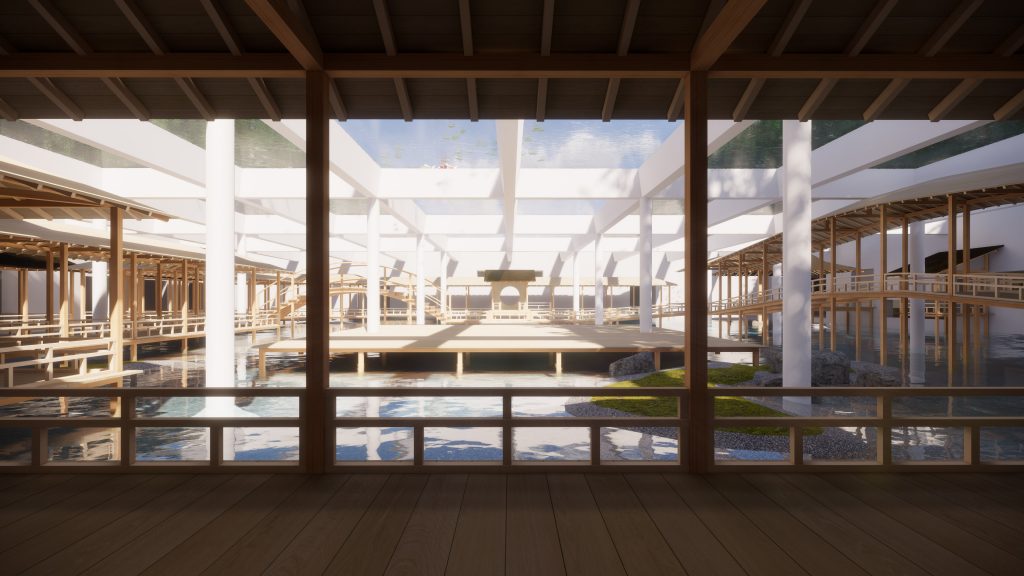 Hiroshi Sambuichi, the Japanese star architect behind the 2017 exhibition at Cisternerne, The Water, has entered into a visionary partnership with Frederiksbergmuseerne about establishing a fourth chamber at Cisternerne. A preliminary study concludes that The fourth chamber has the potential to become a ground-breaking artistic experience of an international caliber.

Over the course of the last six years, Cisternerne has evolved into a place where international contemporary art of a completely unique kind is on exhibit: An underground parallel universe with artistic experiments that merges architecture, history and climate together with site-specific contemporary art.

Over the span of only a few years, Frederiksbergmuseerne has increased the visitor numbers for Cisternerne by more than 500%, which means that between 70,000 and 100,000 people are annually paying the place a visit during the nine-month period its doors are open.

Most recently, the renowned British magazine Wallpaper* has placed Cisternerne on the list of Europe’s most exciting exhibition rooms.

New chamber with recreated mirrored basin as its ceiling
Visitor numbers peaked in 2017 with the exhibition The Water by the Japanese architect Hiroshi Sambuichi. During his preparation of the exhibit, he became deeply fascinated by Cisternerne and the history of Søndermarken and Frederiksberg Bakke, and – not least – the idea to expand on Cisternerne.

Subsequently, Sambuichi has created a sketch of a fourth chamber, which will be placed in direct continuation of Cisternerne’s three existing ones. As a contrast to the dark colonnades of Cisternerne, the ceiling of The fourth chamber will be bright and transparent, and on top, water from Søndermarken’s recreated mirrored basin across from Frederiksberg Castle will flow.

Visitors will look up through the water while also enjoying the overview of pathways through a flooded rock garden with small moss islands randomly rising above the water mirror. In the peculiar landscape between water and light, they will experience countless natural phenomena, when the sun transforms the liquid to airy haze and forms rainbows.

Once, Frederiksberg Bakke was called the Mountain of the Sun, most likely because of how the sun was worshipped in the Bronze Age, and this history has inspired Sambuichi in his work on The fourth chamber:“Humanity must now regain the intelligent relationship with all life on Earth, weaved by the air, the water, and the Sun. This change will begin on the Mountain of the Sun”, Sambuichi says about The fourth chamber.

The preliminary study was carried out by BARK Rådgivning, and the conclusion is encouraging:

”Sambuichi’s expansion of Cisternerne with a fourth chamber has the potential to become a ground-breaking artistic experience of an international caliber.”

An uncompromisingly innovative architect
Commenting on the preliminary study, the mayor of Frederiksberg, Simon Aggesen, expresses great interest in the project:

”Frederiksberg Bakke with Frederiksberg Castle is a recreational area of national importance. The fourth chamber perfectly fits into our efforts to further develop this unique and historical place, and by basing his project on the historical structures of the garden and reinterpreting them, Sambuichi highlights the historical qualities. A project as significant as establishing The fourth chamber will put Søndermarken and Frederiksberg Bakke on the map in a completely new way and support the location as an international culture destination.”

”Sambuichi’s architecture is completely unique and so far not seen anywhere else in Scandinavia. His architectural method is at once highly discrete and uncompromisingly innovative in its approach to both the historical and the geological as well as the sustainable,” says director of The Frederiksberg Museums, Astrid la Cour. She further explains:

”With the fourth chamber, Frederiksbergmuseerne will not only create a recreational and innovative attraction, which will be the culmination of a unique development of Cisternerne. We are going to present an architecture and an operation, which reestablishes the partnership with nature – and which will become a landmark for the green transition.”

About Hiroshi Sambuichi
Sambuichi is one of the most characteristic architects of our time. His approach to architecture is marked by a curiosity towards nature, science and historical ways of building, using the specific attributes of a place as his starting point. To him, the ultimate goal of architecture is to establish a balance between the given place, its history and the movements of humans and nature. Sambuichi is the architect behind places such as the cultural center Naoshima Hall and Inujima Art Museum.

About The fourth chamber
Sambuichi’s architectural project is based on the history of Cisternerne and the former function as a water reservoir. The project merges together art, architecture and natural sciences, and it is custom-tailored to the unique physical parameters that are at play at Cisternerne and Søndermarken. This makes it a completely unique and almost incomparable project, made for the Mountain on the Sun on Frederiksberg.

Sambuichi wishes to reestablish the original mirrored basin in its full length up towards Frederiksberg Castle and to strengthen this section of Søndermarken as a gathering place and destination for the people of the city and its visitors, offering possible activities such as a paddle basin in the summer and ice-skating options in the winter.

Below the surface of the lake, the water mirror, Cisternerne will be expanded with an excavation of a fourth chamber, which, according to historical drawings, was placed in continuation of the three current ones. The fourth chamber will be  1.600 square meters, like each of the current chambers. But rather than having a heavy arch in the ceiling, the fourth chamber will have transparent glass, with the flowing water from the new basin on top.

Visitors will move around the chamber under the water mirror, on wooden footbridges that branch out into the room and are elevated above the floor, which is a flooded rock and moss garden. The room is illuminated by natural light, which seeps through the basin in Søndermarken, and it will be mirrored in the water surface of the floor. From the bridge, the ambition is to allow the visitors to observe naturally occurring phenomena.

The project also consists of the following elements: