Forget everything about traditional art museums and exhibition spaces. Nowhere else in Denmark does art become one with the physical surroundings to such an extent as here!

Today Cisternerne is a subterranean art space, where you can withdraw from daily life, where time stands still, and where the mobile signal doesn’t reach. When the cold climate in Cisternerne embraces you, you are not simply looking at art – you are completely immersed in art.

The old reservoir is sparsely illuminated, and the atmosphere evokes fascination and enchantment in both children and adults.  Every year we invite an internationally recognized artist or architect to create an exhibition particularly to this underground space – an exhibition in large scale that interacts with and emphasizes the unique architecture, climate, atmosphere and history of Cisternerne.

The art projects that unfold in Cisternerne are site-specific and cannot be built or rebuilt any other place in the world.

Besides exhibitions, we also invite the public to many different events and activities that present the current exhibition and in various ways unfold the unique character of the space. You can experience activities for children and adults – also outside our regular opening hours. 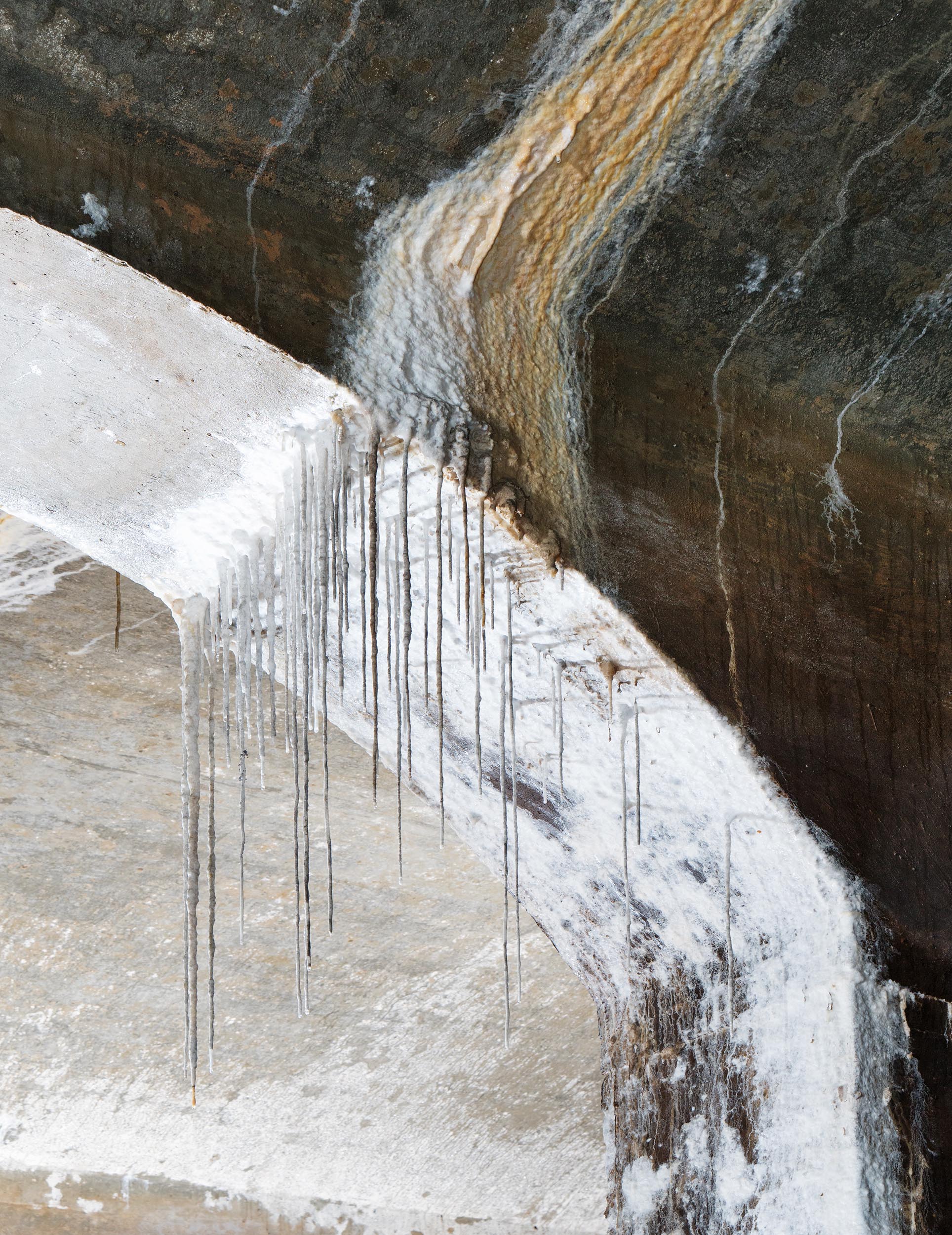 A quite unique climate.

Art in a dripstone cave

Cisternerne is an urban dripstone cave with a quite unique climate.

Dripstone formations are a common phenomenon in concrete and can be seen in tunnels, at metro stations and in shelters around Copenhagen. Yet none of these can offer the sheer magnitude and diversity of those found here, for they have been able to grow in peace for decades. The urban dripstones in Cisternerne grow much faster than dripstones in natural surroundings, but apart from that, the process resembles that of natural caves.

The dripstones in Cisternerne are beautiful and fragile and at the same time a sign of the slow decay of the building. The formation of the dripstones happens as nature takes over Cisternerne. When water from Søndermarken seeps through the concrete ceiling, the water dissolves the basic calcareous minerals in the concrete. In the combination reaction with the carbon dioxide in the underground air, the mixture of water and minerals is precipitated as lime, which forms the dripstones.

The dripstones in Cisternerne can therefore be seen as a reminder of how nature slowly but certainly dominates what we build and believe we control. This premise becomes evident in Cisternerne – and we welcome it in our exhibitions: The architecture, the climate, the dark and the acoustics are fundamental conditions for everything that takes place in Cisternerne, and this makes the place something special.

Facts
• Humidity in Cisternerne is constantly almost 100%.
• The temperature fluctuates between 16ºC in August and 4ºC in February. In late summer 2018, however, the temperature reached a record height of 19ºC.
• Cisternerne has an area of 4.320 m2 and consists of three equally large rooms.
• The ceiling in Cisternerne is 4.2 meters high, and with a maximum water depth of 3.7 meters the rooms could contain around 16 million liters of water.
• The walls in Cisternerne are built of powerful granite blocks, the floor is cast in concrete, the pillars bearing the ceiling are bricked, while the ceiling is made of moded concrete.
• Cisternerne is the only dripstone cave in Denmark and contains a large number of beautiful, fragile stalagmites and stalactites.
• A drain in Cisternerne ensures that the water that constantly seeps in through the concrete capping can run off.

An important part of Copenhagen’s history.

From water reservoir to museum and exhibition space

Cisternerne is an important part of Copenhagen’s history. The old water reservoir was built in 1856-59 to improve the provision of water to the growing city and to avoid the risk of infection as in the cholera epidemic that cost several thousand Copenhageners their lives a few years previously.

Cisternerne is situated on Frederiksberg Hill, 31 meters above sea level, the highest point of the very flat Danish capital. Cisternerne, which was once connected with the pumping station in Studiestræde, could provide the new multi-storey buildings in Copenhagen with clean drinking water, which was crucial for the development of Copenhagen as a modern big city.

From the beginning, the reservoir was open to the air and formed a spectacular water surface in front of Frederiksberg Palace. However, to prevent contamination and infection risks, the reservoir was covered by a concrete construction in 1891. At the same time the lawn was established with the central fountain that meets us today in Søndermarken.

Cisternerne stopped functioning as a reservoir for drinking water in 1933. For decades, the underground chambers were more or less forgotten.

In 1996 Copenhagen became the European Capital of Culture, and local enthusiasts began to work with cultural activities in one of the chambers of Cisternerne.
In 2001 Cisternerne opened as A Museum of Modern Glass Art, headed by gallerist Max Seidenfaden, and in that connection the two glass pyramids and the stairs down to the chambers were established.

In 2013 Frederiksbergmuseerne took over Cisternerne and subsequently relaunched the subterranean space as the exhibition venue for site specific art experiences you can experience today.